The original inspiration for the name COHO and our commitment to habitat preservation and restoration came from an ancient Celtic legend: the Salmon of Knowledge. Versions of this tale are as many as the Irish grandmothers that have passed them down through the generations. Below is a condensed re-telling compiled from various versions.

According to legend, Cumhall, the great leader of The Fianna, was killed in battle. Fearing that his young son, Fionn, would also be killed, his mother asked two wise women to hide him in a safe place and care for him. Eventually Fionn was brought to the ancient Druid, Finegas, to learn poetry and science. Finegas lived on the banks of the River Boyne, where for many years he had tried in vain to catch the Salmon of Knowledge, Fintan, as anyone who ate it would instantly receive the wisdom of all ages. The salmon lived in a pool surrounded by the nine hazel trees of knowledge. From the nuts of the trees Fintan gained its wisdom. One day Finegas finally caught Fintan and gave the fish to Fionn to cook, but asked him not to eat any of it. Fionn cooked the salmon with care, turning it over and over. When it was ready he served it to his master. Finegas could see that the boy’s eyes shined with the light of wisdom. He asked Fionn if he had eaten any of the salmon. Answering no, the boy explained that he touched the fish to see if it was cooked, and burnt his finger. He then put the finger in his mouth to ease the pain. Finegas knew that Fionn had received the wisdom of the salmon, so gave him the fish to eat. Fionn ate the salmon and as he did so he became possessed of all the knowledge of the world. Fionn would return to his home to become the greatest leader The Fianna had ever known and famous throughout Ireland. 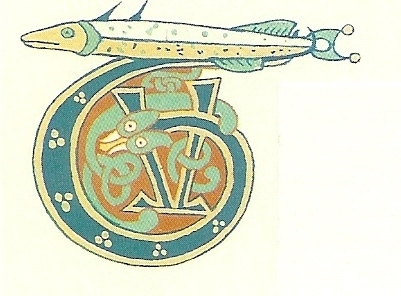